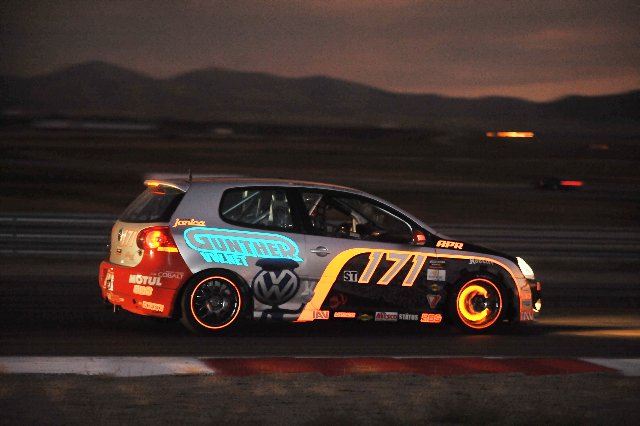 Dion von Moltke passed teammate Josh Hurley with two laps remaining in the Street Tuner (ST) portion of the race to earn his and co-driver Mike Sweeney’s third victory of the 2009 season. Von Moltke and Sweeney drove the No. 181 APR/BBS Volkswagen GTI for APR Motorsport.

The battle for the lead was between the APR cars for much of the event, before Randy Pobst in the No. 74 Skunk2/034 Motorsport Honda Civic Si and Tom Long in the No. 145 Mazda/Freedom Autosport Mazda MX-5 joined during the final half hour. The four drivers went four-wide at one point and Pobst and Long staged a war for the third position, reminiscent of their battle for the lead in March at Homestead. 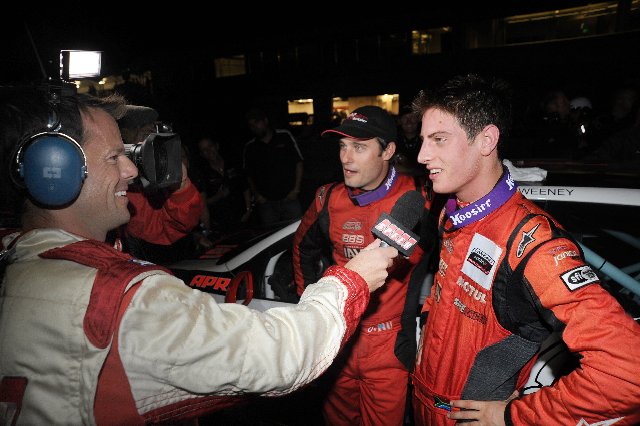 However, no team other than APR led a lap in ST. Polesitter Ian Baas led the opening 20 laps in the No. 171 APR/Gunther VW Volkswagen GTI before pitting and giving Sweeney the lead for two laps. Hurley picked up the lead on Lap 23 and held on until von Moltke made the winning pass, which came in near pitch-black conditions.

“I’m not too sure what happened, actually,” von Moltke said. “Tom Long got a little crazy on the last few laps and he and Josh had a big contact. For a long time, Josh kept in front of me. I knew that I was a little quicker the whole race but I could never get it done because it’s so hard to overtake. He slowed up just enough to let me by. It was a clean move and it ended up being great. The night is my favorite time to race. I absolutely love it. It’s kind of my deal. I guess it’s kind of bittersweet but I’m really glad to get on P1 with Mike Sweeney. He drove an excellent first stint.” 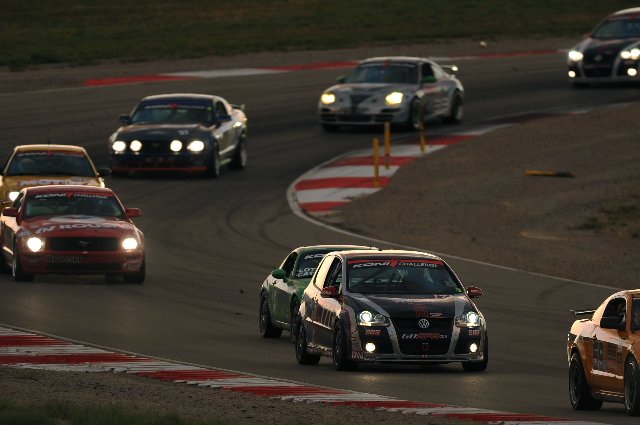 The second-place run for Baas and Hurley – who is on the verge of winning Rookie of the Year honors in KONI Challenge competition – vaulted the duo into second in the championship standings, now 27 points (286-259) behind leader Christian Miller, who co-drove with Pobst.

“We don’t like to see races end this way but either way, both of the cars came home and that’s what matters,” said Miller, who only needs a 26th-place finish at VIR to wrap up an ST championship. “Both drivers are safe. It does do us good for points. I want my drivers safe and happy.”

Added Baas: “We finished in front of the people we’re fighting for the championship right now and I’m really excited for having a one-two for APR.” 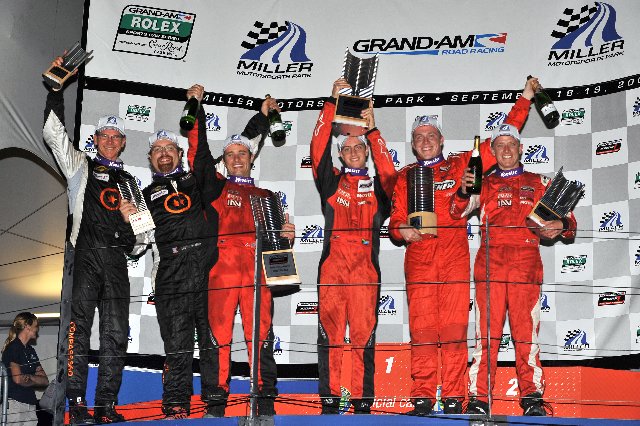 Subaru Road Racing Team co-drivers Kristian Skavnes and Andrew Aquilante dropped to third in points with a seventh-place finish in the No. 111 Subaru of America Subaru Legacy. The two are 31 points behind Miller after entering the race 25 points behind.

The final race of the 2009 season is the Bosch Engineering Octoberfest, a four-hour combined race Sunday, Oct. 4, at the 3.27-mile Virginia International Raceway. 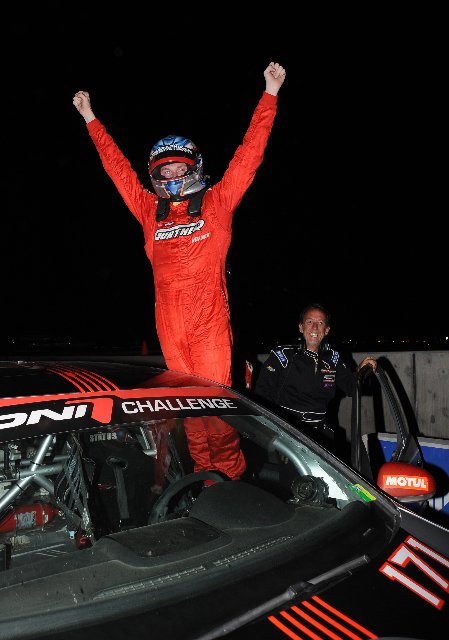 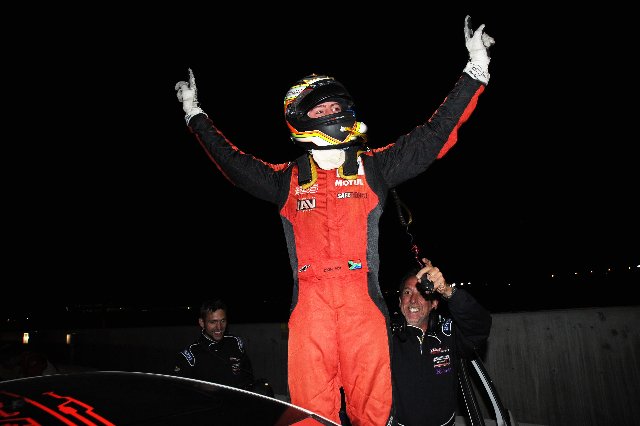 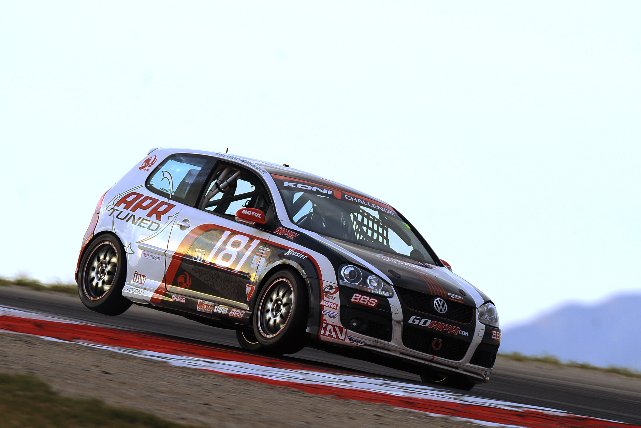 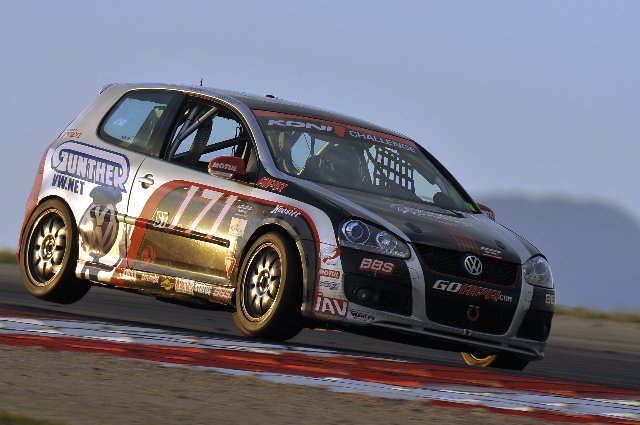 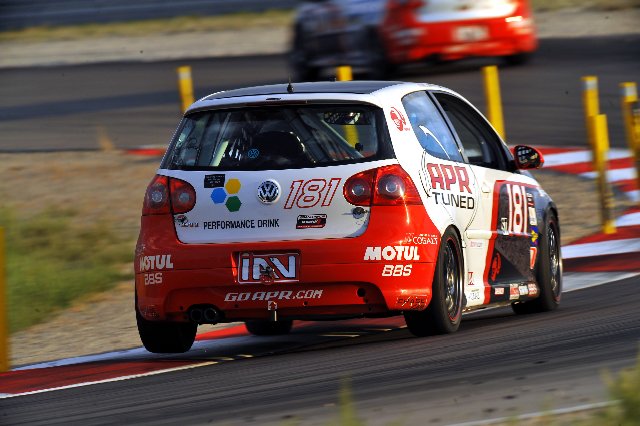 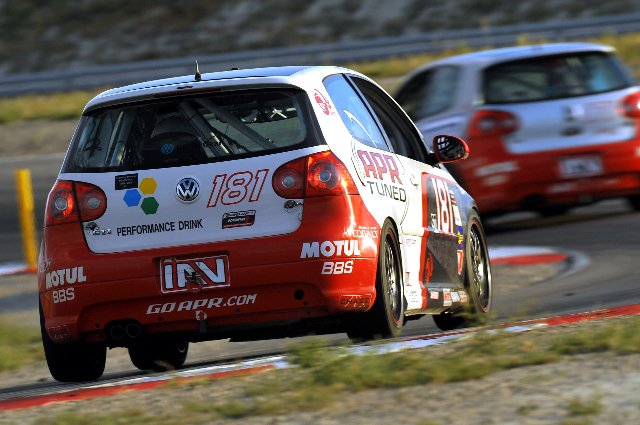 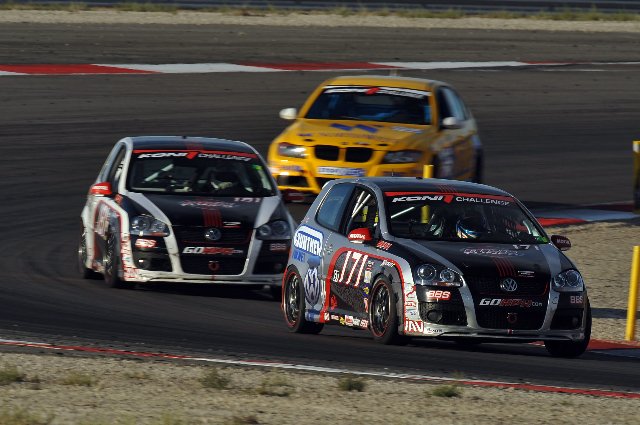