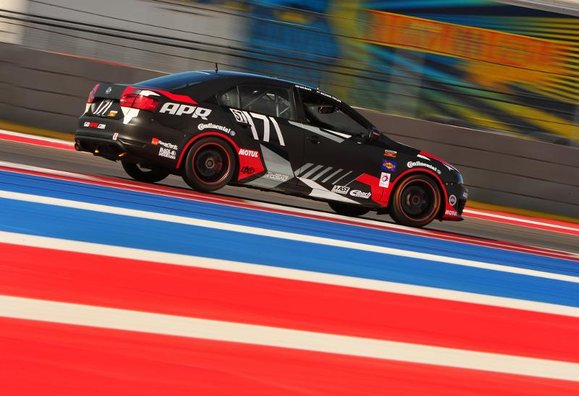 Two hours from home, GRAND-AM’s only Alabama team looks ahead to a big weekend in Continental Tire Sports Car Challenge

April 5, 2013 (Opelika, Ala.) – Home field advantage exists no matter the sport, and in the case of APR Motorsport, their home field is the Barber Motorsports Park in Birmingham, Alabama.

Barber is two hours from APR’s 36,000 sq. ft. facility in Opelika, Alabama, making this weekend the best opportunity for the staff, family, friends, and partners of APR to witness the team compete in the GRAND-AM Continental Tire Sports Car Challenge.

“When you are competing in your backyard, you definitely bring a little something extra to the table,” said Stephen Hooks, President of APR. “Not only is it important for us to do well on home turf, we have a little extra motivation after we had a rough weekend at the last race in Austin. APR will have several hundred guests on hand at Barber so it will be a very big weekend for us.”

APR Motorsport’s pair of VW Jetta GLI’s are on the hunt for their first podium of the year. Enjoying support this weekend from Birmingham, Alabama-based National Bank of Commerce, the no. 171 APR VW Jetta GLI of Michael Taylor and Ian Baas is looking for another strong run like the one they enjoyed at Austin when Baas was up to third place in the closing stages of the race.

“I’ve only done two of these races and I’m still learning every time I get into the car,” said Taylor. “My biggest priority is to hand over a good car to Ian in a position where he can win the race. Things looked really good at Austin which makes us even hungrier for Barber. It’s a big race for us, with all of the team’s staff and families there, and we want to make them proud. We’ve been snake bit the last two races with odd failures but everyone is focused and ready to go.” 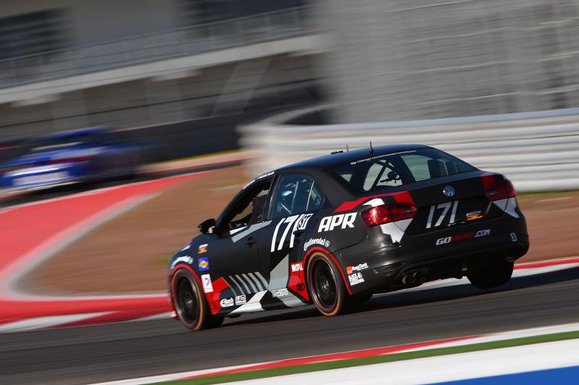 This weekend Josh Hurley will return to APR Motorsport, partnering Aleks Altberg in the no. 181 APR VW Jetta GLI for this weekend.

“I’m really excited to be sharing the car with Josh,” said Altberg. “He’s fast, knows the cars really well, and is a great teammate. I worked with him a lot last year and learned a lot, and it will be great to share the car with him this weekend. This is a home race for our team and we want to put on a good show and stand on the podium in front of everyone from APR who is coming for the race.”

The Barber weekend will also mark the first time since the start of the 2011 season that APR will not compete in the Rolex Sports Car Series. While the no. 52 APR Audi R8 won’t be in Birmingham, the car will be back for select events throughout the Rolex Series season.

“We were hoping to have the R8 going for Barber, but unfortunately, we had some sponsorship that didn’t materialize as we were expecting,” said Hooks. “We’ll be competing in select races with the car throughout the rest of the year in preparation for the 2014 United Sports Car Racing season.”