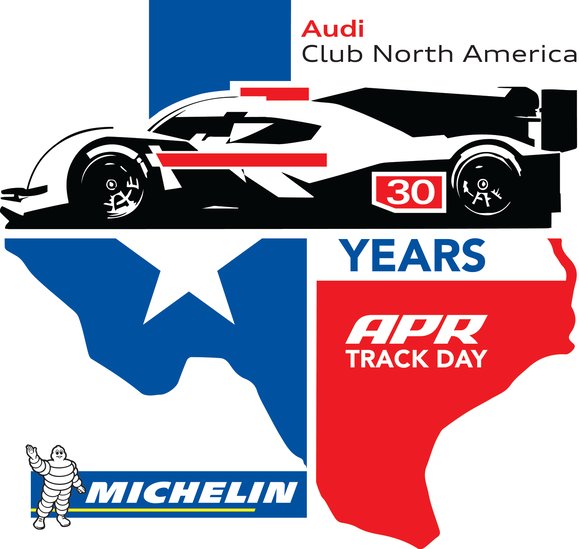 APR and Michelin have partnered with Audi Club North America to celebrate ACNA’s 30th Anniversary from September 17th through the 21st. Join us on the 19th for a morning half-day track experience at Driveway Austin where we will be on site with our APR Motorsport Race Rig and APR cars to give first hand experiences with professional race car driver! For the rest of the Event we’ll be alongside ACNA to cheer on Audi as the R18 e-tron quattros contest the WEC’s Lone Star Le Mans, Circuit of the America’s first day to night endurance race. This will be the R18 e-tron quattro’s only public US appearance so don’t miss your chance to see them in 2014 for what will be an exciting weekend!

This event is open to all Audi and VW owners that are active ACNA members. Anyone can register for ACNA membership ($49/year) to participate in this event. To join Audi Club North America and learn about the benefits of joining the club, click here or contact the ACNA office at (262) 567-5476.

Interested in bringing your Audi for more than the track day? Register for the entire week-long 30th Anniversary National Event celebration at www.audiclubna.org/30anniversary.

Interested in attending the Lone Star Le Mans and making it an Audi race weekend? Contact Aaron Plante at [email protected] for ticket and pricing options.