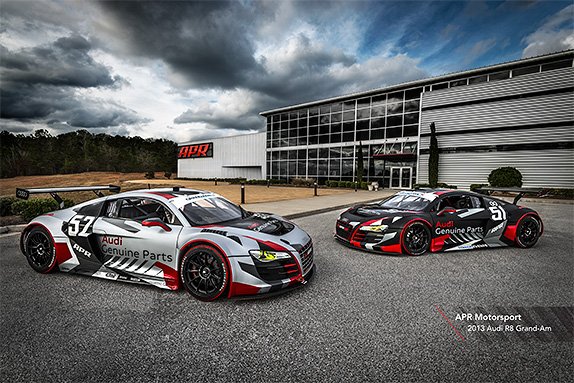 With striking new liveries for both the no. 51 and no. 52 APR Audi R8 GRAND-AM cars, the team is looking to pick up where it left off during the Roar Before the 24. The Roar ended well for the squad from Alabama with the no. 52 APR Audi R8 of Ian Baas, Marc Basseng, Frank Stippler and Rene Rast lapped the track at 1:49.277 – the fastest time of any Audi R8 at the test and the fourth quickest time in the GT class. The team’s sister car, the no. 51 APR Audi R8 of Matt Bell, John Farano, Alex Figge and Dave Lacey, recorded a best time of 1:49.633 – the 14th best time in the strong field of GT cars.

“The Roar Before the 24 was a great way to start off the season,” said Baas, who will compete in his third Rolex 24 at Daytona. “Getting to work with Marc, Frank, and Rene who bring so much experience with the R8s has been a learning experience and to finish the weekend with the fourth best time in GT shows the progress made over the past 12 months with the R8. Just like last year, it’s shaping up to be quite a battle in the GT class and we’re very excited to race at Daytona in our APR R8.”

Bell, who will lead the team’s no. 51 Audi R8, was also enthused after spending his first weekend both with APR Motorsport and in the Audi R8. 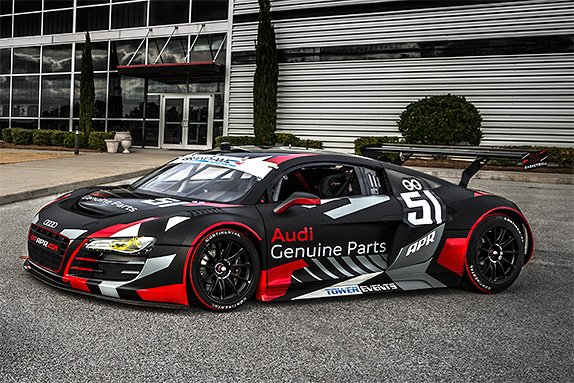 “The Audi R8 was really good – obviously, it was very quick, and I felt comfortable in the car right away,” said Bell. “Everyone had the same feedback and we were able to just keep putting laps in and working on long stints and race setup. Based on their reputation, I knew APR was a great organization but there is close-knit, great atmosphere in the team. “

For the Rolex 24 at Daytona, the team will add David Empringham, from Toronto, Ontario, Canada to the no. 51 APR Audi R8. Empringham, a former Daytona Prototype class winner at the Rolex 24, partnered with Farano to win last season’s GS-class championship in the Continental Tire Sports Car Challenge.

“I’m really excited to join APR Motorsport for the Rolex 24 at Daytona,” said Empringham. “They are such an impressive organization. I did a few laps in that gorgeous Audi, and I’m impressed at how competitive APR has made this R8. I’m just hoping I can contribute to a successful 24 with John, Matt, Alex and Dave.”

“As well as the Roar Before the 24 went, it goes without saying how excited we are for this year’s Rolex 24 at Daytona,” said Stephen Hooks, APR Motorsport team owner. “We definitely have the speed to be competitive and the team was able to put a lot of trouble-free miles on the car. Of course, we wanted to be fast and to leave as the quickest Audi is a nice bonus. The GT field looks like it is even more competitive than last year, but we have brought the Audi R8 GRAND-AM a long way.”

Television coverage of the 51st Rolex 24 at Daytona will run from 3:00 PM- 11:00 PM ET on SPEED Channel on Saturday, January 26, with the conclusion of the race airing at 9:00 AM – 4 PM ET on SPEED. Overnight hours will be streamed live on SPEED.com. APR Motorsport will provide constant updates during the race on its Facebook and twitter pages.