The Ultimate Intercooler System is Here!

The APR Intercooler System is a massive front mounted upgrade that dramatically reduces intake air temperature (IAT), minimizes heat soak, and provides increased performance! The system is an easy to install, direct bolt-on design, that is recommended at every stage of performance. 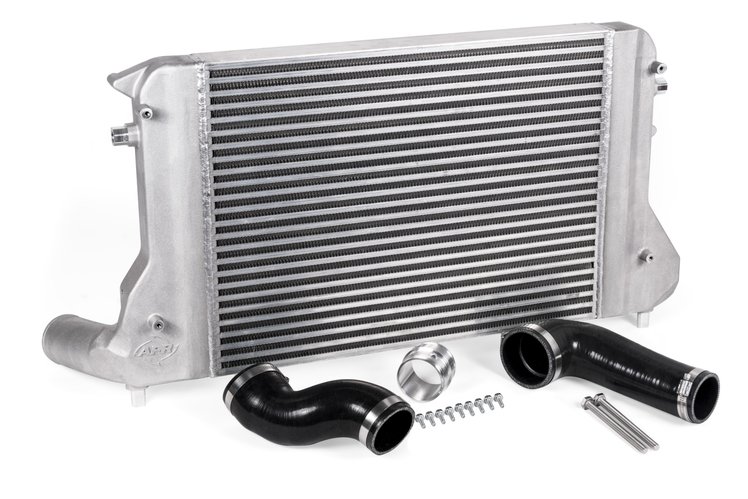 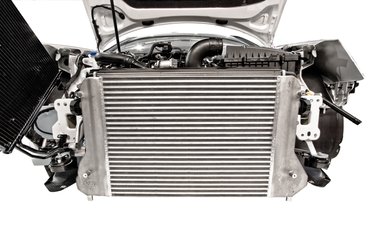 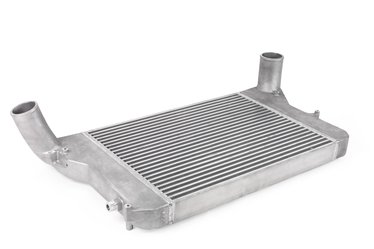 Unfortunately, to the untrained eye, many intercooler designs appear the same. However, effectiveness of the system and overall performance are greatly determined by several key metrics. Alloy selection, end tank design, construction type, fin style, fin density and overall core dimensions must be analyzed and balanced accordingly to deliver class-leading performance. While the OEM’s goal is to create a lightweight, easy to manufacture and inexpensive to produce, cross-platform design capable of supporting factory power levels, APR’s intercooler must be capable of supporting more than double the factory output. Achieving this goal took a multi-step approach focused around intercooler core selection, end tank design and install location.

The APR Intercooler core is a large bar-and-plate design featuring densely packed staggered and louvered fins. This design offers exceptional cooling while balancing pressure loss across the core, and maintaining critical airflow to the components behind the intercooler system. The core size was appropriately matched to the platform, minimizing pressure drop while leaving adequate space for appropriately designed end tanks. To APR’s mechanical engineering experts, the design represented the ultimate in performance, far exceeding the capabilities of the factory intercooler. To the driver, the result is simple: Repeatable performance, even in the most demanding of situations! 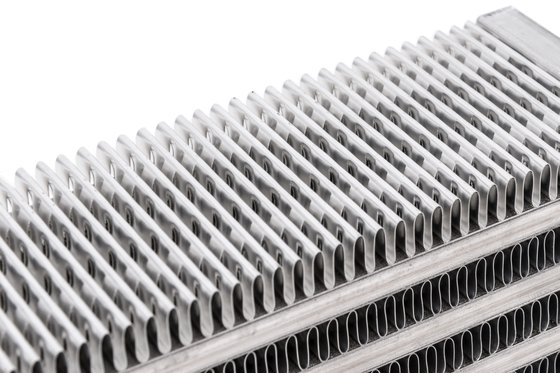 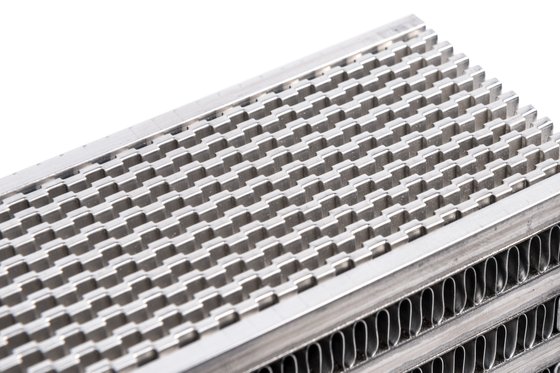 APR’s Engineers paid close attention to the balance between core effectiveness and pressure drop through the core, core style and fin density. With fin density too low, pressure drop decreases dramatically, but typically results in a core incapable of effectively cooling. Likewise, with fin density too great, pressure drop increases dramatically, resulting in the turbocharger working harder, and hotter, to produce the same level of airflow. By fine tuning this often unseen balancing act, as illustrated below, APR’s Engineers were able to maximize performance.

APR’s Engineers also paid close attention to the balancing act between core effectiveness, pressure drop and space for end tanks through core sizing. With the core too small, pressure drop decreases dramatically, but typically results in a core incapable of effectively cooling. Likewise, with core size too great, pressure drop can increase, resulting in the turbocharger working harder. However, more importantly, with no space for appropriate end tanks, utilization of the core and overall effectiveness of the system diminishes rapidly, negating the benefit of the larger core. APR’s engineers were able to balance each of these characteristics to deliver maximum performance. 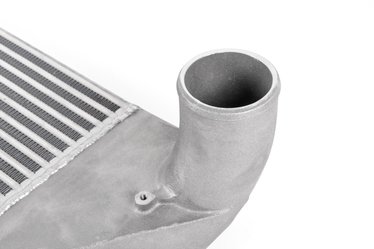 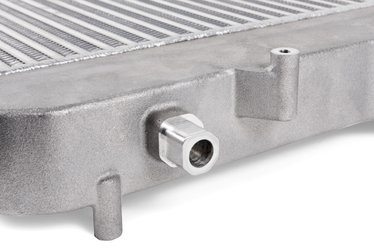 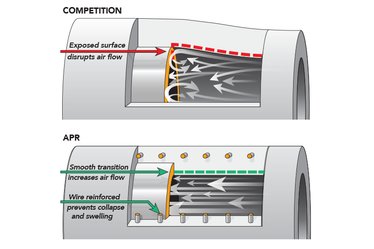 Several tests were done in order to prove the differences between the stock intercooler and the APR one. One test for thermal effectiveness involved placing the car on the dyno with our normal assortment and arrangement of cooling fans. The car was then run through a rigorous testing procedure that involved allowing it to idle to a normal operating temperature, and then running it through five power runs.

During each run, the engine speed was brought to 2000 rpm for fifteen seconds. This allows the air to run throughout the system and allows the intake air temperature to normalize and negate heat soak from the car sitting at idle. The car was then taken from 2000rpm to 6800rpm at full throttle under load over the next thirty seconds. The car was then allowed to idle for one minute before the next run was started. Each lighter line on the graph above represents each power run, and the darker line represents the average over five runs. 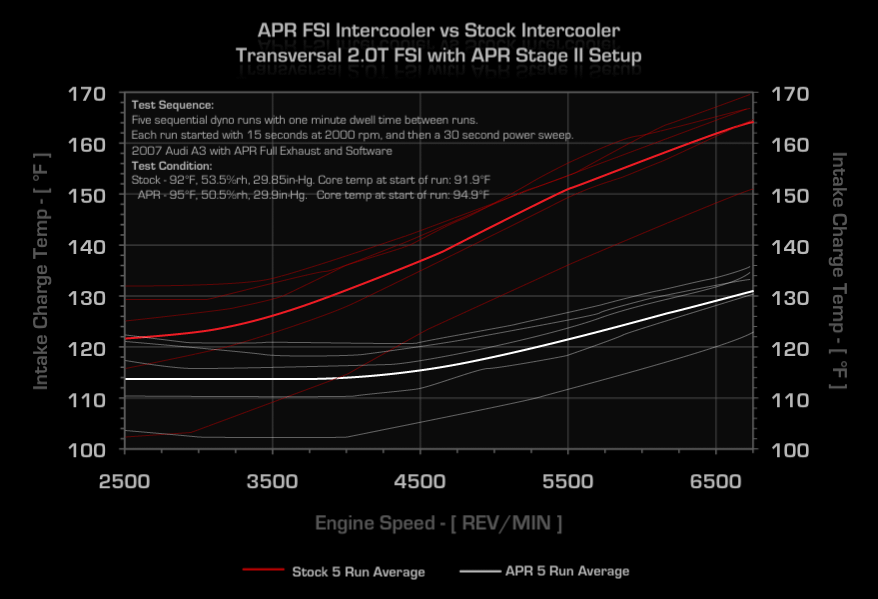 Keep the air entering your engine cooler for longer for more power and torque.